QUOD ERAT DEMONSTRANDUM
Overview
Quod Erat Demonstrandum was created in October 2013. Our research organization has grown to analyze and resolve a variety of contemporary issues around the world. 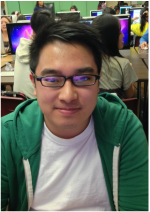 Wilson - CEO
Wilson Thai is one of the . He graduated from PCC, choosing to graduate with an AA in community college instead of accepting one of many full scholarship rides to well known IVY League, UC, and private colleges because said colleges are "too mainstream". After attending community, Microsoft hired him as one of the lead designers on their new product the Xbox One. Although he has a job, he devotes his spare time to Quod Erat Demonstrandum. Including his time spent on Q.E.D., he enjoys watching movies, playing games, reading, and sleeping. Wilson continues participating in Q.E.D. in hopes of spreading his knowledge on current, universal topics. 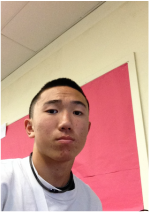 Garrett - CFO
Garrett is a unstoppable architectural- engineer graduate from stanford university headed in the path of success.  He graduated as the top student of his class designing spectacular objects every week. He chose  the side path of joining Q.E.D. exploring the different perspectives of other majors. Garrett is a invincible human being taking on every goal he sets his mind on doing. He wants to be the very best, that no one ever was, dum dum dum to catch them is my real test, to train them is my cause!!! GOTTA BEAT THEM ALL!!!!!!

Jin - Head Of Communications
JIN IS THE HEAD OF COMMUNICATIONS DEPARTMENT FOR THE ORGANIZATION, Q.E.D. HE WAS A FORMER COUNTER STRIKE PRO GAMER AND WAS PART OF THE TOP INTERNATIONAL TEAM, NIP (NINJAS IN PAJAMAS), DURING HIS TIME IN NIP, HE ATTENDED COLLEGE AT HARVARD UNIVERSITY AND GRADUATED TOP OF HIS CLASS. HE MAJORED IN EE, BUT DID NOT USE HIS MAJOR UNTIL HE JOINED Q.E.D.  AFTER HIS GAMING CAREER WAS OVER, HE CHOSE A DIFFERENT PATH IN HIS CAREER AND PURSUED ACTING. HE WAS NICKNAMED THE 2ND JACKY CHAN AND THE FUTURE FOR THE ASIAN COMMUNITY. JIN WAS IN THE MOVIES, STREET FIGHTER 2014 ( AS CHUNG-LI), SPIDER-MAN 5 (AS SPIDER-MAN), WALKING DEAD ( AS THE ASIANS BROTHER), AND WHERE IS THE JIN N JUICE ( AS JIN, HIMSELF). HE WAS SUCCESSFUL IN HIS LIFE, BUT HE LATER ON FELT SOMETHING WAS MISSING. THIS IS WHEN HE JOINED Q.E.D. HE HOPES THAT THIS ORGANIZATION WILL CHANGE THE WORLD INTO A BETTER PLACE. 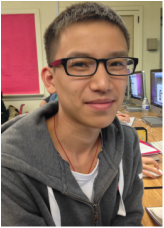 Tommy - Researcher
Tommy C.  graduated from Harvard University with a Doctorates in Philosophy. He enjoys researching human behavior and this passion of his led him to travel the world. During his illustrious travels, Tommy learned about the different cultures and lifestyles of people living in different parts of the world. From his extensive research of the world, he has discovered much suffering in the lands outside of the Unites Staes. Determined to relieve the disparity in the standards of living around the world, Tommy has joined Q.E.D. with a dream to create an international utopia. 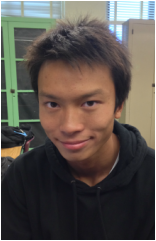 Victor - BUSINESS CONSULTANT
Victor H. is among the elite of scholars.  Putting equations and organizing information together is hobby; understanding the universe is passion.  Interesting facts is second nature to Victor H.  You have a problem, Victor H. will solve it.  Victor H. is the answer to all your questions in life.  They call the son of Confucius.  (He is actually descended from the great philosopher himself).  Victor has no home; knowledge is his home.  He will research for food and shelter. 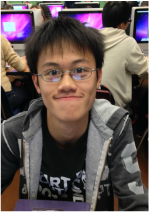 Kevin - CTO
Kevin T. is a fellow at The Warden and the College of the Souls of all Faithful People deceased in the University of Oxford (a.k.a. All Souls College, Oxford). He was recruited by Wilson Thai to Q.E.D. He is devoted to raise awareness for E-Sports, because he believes the industry has limitless potential. He does most of the thinking for the group. He may be somewhat lazy, but he always provide the solution when it is needed. On his spare time, he enjoys computer programming, watching soccer, and sleeping. 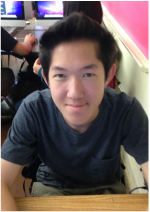 Tak - HEAD CTO
with an unoriginal and tacky name, is a mastermind of his time.  At the age of 17.5738, he has graduated from PCC and through his continuous and vigorous study of abstract math and quantum physics, he now has a part time job at NASA. Although after he found his love for gaming and found his job to be boring and extremely mind numbing, he has decided to use his intellect and pursue his new found dream of being professional gamer. Slowly putting his name into the E-sports community, he hopes to up there with the best of the best and will always strive to do greater and bigger things. 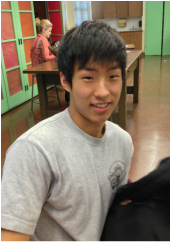 Chris - SENSEI
LOOKING FOR SOMEONE WHO IS HELLA DIVERSIFIED? YOU CAME TO THE RIGHT MAN. HI, MY NAME IS CHRIS EOM, WHO EXPERIENCED 2 CULTURES IN 2 DIFFERENT COUNTRIES FOR A VERY LONG PERIOD OF TIME, KOREA AND U.S. I AM A PARTY ANIMAL WHO IS SEEKING TO EXPAND THE NETWORK FOR A GREATER CONNECTION. I'M VERY EXTROVERTED WHICH  IS WHY I COULD CARE LESS ABOUT TALKING TO STRANGERS. BY THE WAY, ALL I DO IS LIFT. I LIVE IN LA, NO... NOT JUST LA... I MEAN LA FITNESS. THATS WHERE I EAT, SLEEP, POOP (SOMETIMES), PEE (VERY OFTEN), AND LIFT.
*DISCLAIMER: This website is the result of a school project. We are striving to become more responsible researchers, but we are not an actual think tank for hire.*
Powered by